Home / Cyberbullying: How to Protect Yourself from Abuse

Cyberbullying: How to Protect Yourself from Abuse

Strangers are writing nasty things on a social network and spamming insults on Facebook. Who are they and why this baseless hatred? And, what’s more important – how do you combat them?

Offending a person is easy, and it is even easier on the Internet. No one is immune to anonymous rage. Strangers direct their fire on school children, politicians, and celebrities with equal facilities.

Cyberbullying: what is it

Do you know the word “bully”? This is what schools call problem children and teenagers. They start fights, prefer to solve problems by resorting to violence, and don’t obey adults. The “bullies” believe that the strongest are in the right. They refuse other criteria. Cyberbullying is a substitute for such behavior on the Internet.

The first cyberbullying case took place in 1998 in the United States. At that time, the Internet was young and not as developed as it is today. But it was enough to destroy the reputation of a young White House trainee, Monica Lewinsky. Mass media and the public were discussing the scandal around her sexual relationship with the US President Bill Clinton. At the same time, Monica Lewinsky’s mail was flooded with letters containing threats and mockery, and bullies kept calling her friends and spreading new rumors. The next time the woman appeared in public was at the TED conference in 2015, where she spoke about her experience in combating bullying. 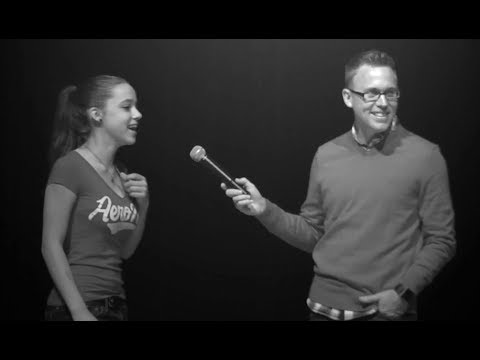 Today, the most common cyberbullying victims are children and teenagers. An adult is also at risk of becoming a target, but there are other terms for this. Cyberharassment is an international phenomenon.

The main difference between cyberbullying and other types of aggression is anonymity. Bullies hide under nicknames or other people’s names. They may know the victim first-hand or act on a tip just for fun.

Cyberbullying is a deliberate humiliation of a person, no matter what for. There may be any reason for cyberharassment: being a high achiever, or looking different, or having an unusual hairstyle.

Cyberbullying is a teenage problem

Most of a child’s life is somehow related to the Internet and mobile devices. The virtual world is seen as a natural continuation of the real one. Therefore, it is important for a child to feel safe in cyberspace.

Children and teenagers have a hard time experiencing cyberharassment. Stress may result in depression, lower self-esteem and other disorders. Teenagers have no developed self-defense mechanisms; they can’t yet separate themselves from the surrounding events.

A drastic change in a child’s behavior doesn’t necessarily indicate cyberbullying. There may be other problems. However, parents and relatives should pay attention to the following signs:

Every parent doesn’t expect that from their child, but you should also pay attention to these signs, which may indicate that your child is a “bully”:


Of course, all these signs could indicate a number of other things. But according to cyberbullying.org, from 71% to 74% of children have experienced cyberbullying in their lifetime. The best way is to talk to your child about why people bully others. It is important for the child to understand that there is nothing wrong with him. The child doesn’t need to change his look or opinions, or adapt to the imposed standards. You shouldn’t sound unapproving, but show your support.

It is not enough to follow the children’s pages. It’s better to “make friends” and follow updates. 26% of parents learned about their child being bullied later than their friends and school teachers.

Cyberbullying: how to stop it

Take care of this in advance and use preventive protection.

Restrict information on a social network. Cyberbullying goes beyond aggression on social networks. Trolls send SMSs and continue bullying in messenger systems and online games. Any personal data is a real catch for the aggressor. It makes it easier to reach the victim.

What to do: restrict some of your personal information on social networks. Make it visible only to your friends.

Configure your privacy. Social networks make it possible to restrict access to your page: prohibit adding tags to photos or commenting posts on the wall, or block certain people.

If the bullies have initiated the aggression, remember this simple cyberbullying advice:

We have collected information and useful tips about cyberbullying for you, but this may not be enough to solve your problem. You can also go to and refer to sites such as cyberbullying.org or stopbullying.gov that specialize in dealing with these situations. Of course, we will always answer all your questions about cyberbullying and help you stop or avoid it.

More on the topic

~ 7 minutes to read
1399 8
How to Keep your Information Private Online: Practical Guidance

Today, most of our daily activities can be handled online, such as shopping, banking, investing, and work. There’s every probability that you aren’t...

This article does not have any comments. Be first to leave one.

Thank you! Your request have been submitted successfully.

How to Keep your Information Private Online: Practical Guidance

Today, most of our daily activities can be handled online, such as shopping, banking, investing, and work. There’s every probability that you aren’t...