Remove information   about brands and people

What You Need to Know to Remove Video from YouTube

Simply removing a video will not work. You need to have a good reason, patience and a cool head to get through the whole process smoothly and quickly.
We are going to take a look at the steps involved to remove someone else’s video from YouTube using the methods we would use ourselves. But we’ll warn you against missteps along the way. These tips will help businesses, media people and anyone who wants to take care of negative content about themselves on YouTube.

How Regrets Can Affect Your Life

When we talk about damaging video content we’re talking about videos that show you engaging in conduct that you’re not proud of or even illegal conduct. Or videos that show you acting in a way that is not consistent with who you are. Maybe those videos represent something that you’ve put behind you as you grew up and became a better person. The statistics show that 90% of people have done something that they regret. In fact, 90% have what they would call a ‘major regret’ in their lives. While most of these regrets focus around romance, family and education, there are some that focus on career or finance as well. And these regrets could be something that only makes you feel embarrassed or regrets that could affect your future.
In fact, as many as 29% of adults who are between the ages of 18 and 34 believe that they’ve posted something online that could somehow harm them in their career. Approximately half regret some form of social media post that they have made on their account. And that’s just the things that these individuals have done themselves. You don’t want to be that person. You also don’t want to be one of the people who is being scrutinized by recruiters to get a job only for your social media to trip you up. All the way back in 2014, 93% of recruiters said they were looking at social media for future employees and things that were posted could affect who got hired.
Even minor things like spelling and punctuation errors could affect your prospects, but when you get to not-so-stellar content and videos you’re looking at even bigger problems. These are things you want to avoid at all costs. When you do something you regret you should be able to make amends (if necessary), make changes in who you are and what you represent, and then move on. But when there’s video evidence of the mistake you’ve made floating around there on YouTube, this can be extremely difficult. So, how can you remove video from YouTube?

The first step on how to remove a video from YouTube that someone else uploaded is just to ask. Sometimes people will remove a video just because you make the request. If it’s a friend or family member this is even easier but even strangers may agree. You may have a better chance of getting the video removed if you offer something in return such as a discount or gift. You can also find out just why the video was posted and see if there’s a way you can make a deal with the person who uploaded it. They may be willing to remove it for you if you do something for them.   Keep in mind you can ask someone to remove a video for absolutely any reason. This is the part where you’re going to be polite and friendly and you’re asking for somewhat of a favor. That means you can ask to have the video removed simply because you don’t like it, with no actually legal reasoning. If you do have grounds you could also still ask politely but let them know why you want the video removed. For example, this video violates a copyright that I have on X or, this video was taken without my permission in a private residence. You can let them know what the problem is and then ask that they remove it as a result. Offering a favor or gift in return for this could make them more likely to do as you ask without having to get anyone else involved.

Your next option is to reach out to whatever service provider is being used to host the video. For example, YouTube. If the video has anything in it that could be seen as a violation of their terms you may be able to get YouTube to take the video down for you.   If it was recorded illegally, for example, or if it constitutes slander against you, your family or your business. You may be able to make a request if it includes defamation of character, illegal activity or inappropriate content or a violation of trademark or copyright. These are all reasons that you could approach YouTube and make a complaint.   When the service removes your content for a Community Guidelines violation: 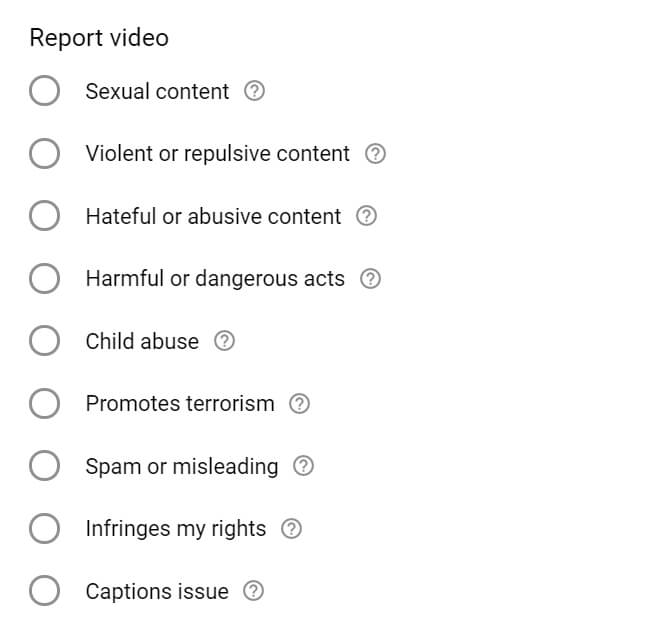 Make sure that you express what is wrong with the video and include a link to it when you write to YouTube or contact them in any other way. You want to make sure they can immediately take care of the situation. But be prepared for them to say that the video does not violate their terms of service or that it represents free speech.   The more proof you have that you could take legal action the more likely they are to remove the video first. YouTube doesn’t want the hassle, after all, and it’s easier to remove a video that has the potential to become a lawsuit than to leave it up.

If asking doesn’t work you can try to counter the video instead of getting it removed. In this way, you would create a new video of your own that addresses the point or problem in the other video with the hope that those who see that other video will come to you to see what you have to say for yourself. You could also ask the individual who posted the video to add commentary from you to their post that would provide additional information, apology, defense or anything else you think would help your case if someone saw the video.   They may agree (after all if they’re looking for a bit of controversy then adding your side of the story helps). Also, adding your side could help them defend against potential legal action if you were to try and sue them to get the video taken down. It’s a lot easier for them that way. If they don’t agree and you have to create your own video make sure that it’s named in a way that someone can find. That way, if they see the other video and come to your page looking for a response they can immediately find your response.

What if you’ve tried everything and nothing is working? Well, if you need to know how to delete someone else’s YouTube video forever you can try going through the court system. Going through the legal system is going to be complicated, time-consuming, and expensive and there’s no guarantee that you will win. Not only that but it’s going to increase the conflict and could make things worse before they get better. Depending on what’s included in the video you may be able to make a good case for defamation of character or even copyright infringement. If that’s the case you’ll win the case, but you could have future problems with that YouTuber.

You can get a professional to help you.

Why We’re the Best to Remove Video from YouTube

The safest and most effective way to get that negative information removed is to work with an online reputation management specialist, like Reputation America. What you do is give us a call or send us a message to get started so we can help you learn how to delete someone else’s YouTube video. From there, we’ll take care of contacting the authors of the content and getting them to remove it. What’s even better is that it’s done quickly, saving you a whole lot of time and energy.   We’ve removed more than 700 web pages with negative content, 2,000 negative reviews and tons of other negative and harmful information. So, if you’re struggling with YouTube video removal for yourself, give us a call to find out how Reputation America can help you. You’ll get your good name restored and be able to get on with your life without mistakes or bad decisions hanging over your head. Just contact us to remove video from YouTube and move on.

How to Remove Negative Information from Google

As the world’s largest search engine, it’s no surprise that Google poses a significant threat to those trying to prevent negative information about…

The Importance of Being Able to Remove Online Information

It’s pretty much impossible these days to make use of any digital services without your information being stored somewhere online.

How to remove search results from Google is one question many won’t have envisioned a decade ago, but users are asking this question…

or give advise
Perhaps you know the person to whom this service would be useful. Recommend us and your friend will solve the problem, and we will pay you a reward
Our website uses cookies to make your browsing experience better. By using our site you agree to our terms of use
Message to the CEO

Арсений
Hello!
Please send me any feedback
and I'll get back to you as soon as possible.